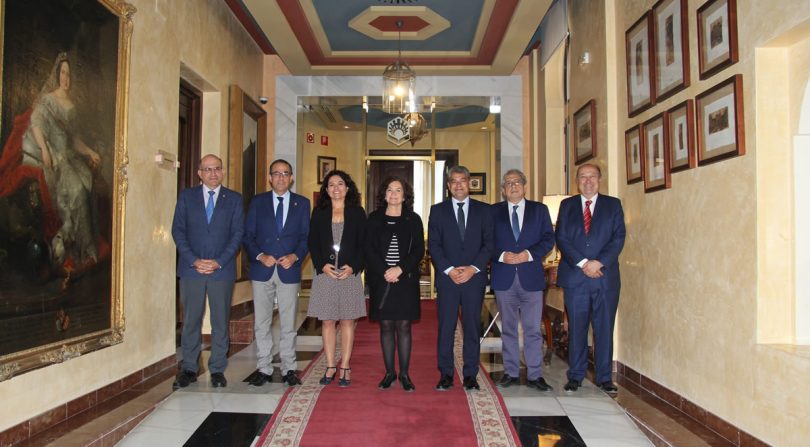 The Interuniversity Institute iC1 was born from the transformation of the current University Research Institute of the University of Granada Carlos I of Theoretical and Computational Physics (26 years old) into an Interuniversity Research Institute with 4 offices located in the Universities of Granada, Seville, Malaga and Almeria. This Interuniversity Institute is conceived as an Institute that brings together researchers of excellence from Andalusia fundamentally, whose common axis is Theoretical and Computational Physics, always based on their research excellence, something that allows consolidating research with a high level of quality and internationalization, which enhances synergies, competitive, with a mainly basic character and always at the service of society.


Interuniversity Research Institute with offices located in the Universities of Granada, Seville, Malaga and Almeria.
iC1 develops research focused on basic and interdisciplinary aspects of Theoretical Physics, to study the nature that surrounds us through computational tools. To this end, it has an important computing infrastructure that has been improved thanks to the use of public funds and which has led to one of the most powerful supercomputers in the Andalusian Community for research. The research activity in iC1 is focused on the study and understanding of physical systems of great complexity that are characterized by the existence of many elements in interaction and is based on five main lines of research that include Hadronic Physics, Quantum Information and Mathematical Physics, Statistical Physics of Complex Systems, Astrophysics and the Physics of Nanostructures and Mesoscopic Systems.

iC1 captures and manages resources to carry out its activities, acquire infrastructures, collaborate with public administrations by disseminating research results and, finally, strengthen relations with other national and international centres. It is made up of more than sixty permanent researchers and the research carried out has not only managed to have a great international impact and reach high levels of excellence (for example, in the last five years a total of 50 research projects have been obtained in public calls for proposals, publishing around 600 articles in journals indexed in the Web of Science, of which more than 80% are found in journals in the first quartile), but this research also has an important social impact in different areas, being of great strategic value for Andalusia and for the scientific community in general.