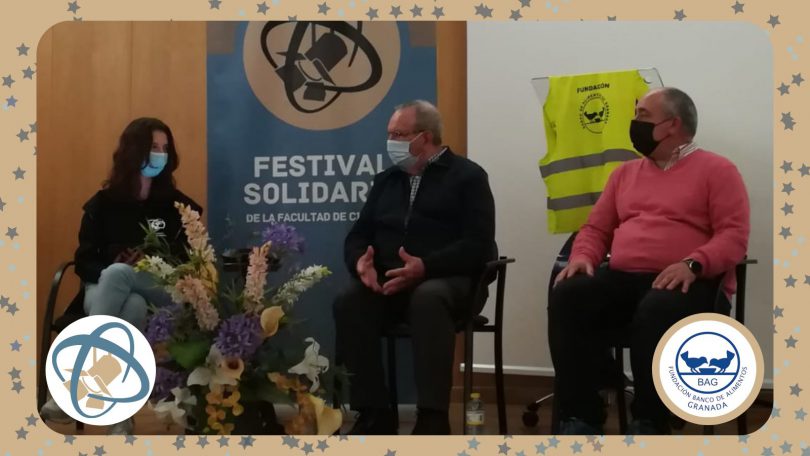 This initiative, organized by the University of Granada, collects money for four associations from granada that are involved in helping people in need: Banco de Alimentos, Calor y Café, Cáritas Diocesana and Diálogo y Acción.

The University of Granada has presented the II Charity Festival of the Faculty of Sciences, that will be held on Saturday, 2nd of April, from 12:00 in the Aula Magna.

The opening act counts with the presence of the vice-dean of Equality, Inclusion and Sostenibility of the UGR, Margarita Sánchez Romero; the dean of the Faculty of Sciences, Mº Carmen Carrión Pérez, the director of the Applied Physics department and president of the Organizing Committee of the Festival, Arturo Moncho Jordá; and José López Molina, UGR student and participant in the organization of the event. There is also interventions by Ana Sánchez Montoro, president of the Calor y Café Association of Granada; Miguel Ortiz Casals, responsable of Social Collaboration of Cáritas Diocesana of Granada; Indalecio García Sánchez, president of the Banco de Alimentos of Granada; and Francisco José Cordón Castillo, member of the directive council of Diálogo y Acción.

The objective of this initiative is to collect money to help four associations from granada that are involved in helping people in need of it, and with a bigger risk of social exclusion: Banco de Alimentos, Calor y Café, Cáritas Diocesana and Diálogo y Acción.

For this, the II Charity Festival is organized, open to the general public, and can be followed both in person, in the Aula Magna of the Faculty of Sciences, and virtually through the festival’s Youtube Channel: https://www.youtube.com/FestivalCiencias. The last tickets to attend in person to this event can be obtained for free in the festival’s webpage: https://festivalciencias.ugr.es/

The II Charity Festival presents music and dance shows, humor, magic and scientific talks, between other activities, prepared selflessly and for all publics, both by the collaborating team and professional artists. Miguel Abril, scientist and speaker of Big Van Science, will be presenting the event. In this fun and light event, we want to encourage the public’s collaboration with the different associations. It’s the students, teachers and personnal of the Faculty of Sciences, who with the people from outside the university’s community will give shape to this event. Although the festival starts at 12:00, it’s recommended to attend around 11:30, since there’ll be scientific activities in different stands, previous to the show.

The contributions are given directly, both as a donation to the following account numbers or Bizum codes, indicating in the concept of the donation the word FESTIVAL, so the final quantity collected thanks to this initiative.

All of the donations made to the accounts of the NGO have a fiscal degravation associated. To apply this degravation automatically it’s necessary to include in the concept of the transference, aside from the word FESTIVAL, the name and surname of the donator and your ID. With this information, the NGO will transfer the data to the tax authorities, so the appropiate fiscal deduction is applied in the tax filings of 2022.

In the I Charity Festival of 2021 the money collected reached 18.500€. The success of the first edition has motivated the organization of a second event the following year. Also, the social difficulties of many people are still a reality, as both the organizing committee and the beneficiary associations have affirmed.

The last report of the FOESSA (Fomento de Estudios Sociales y Sociología Aplicada) alerts that a fourth of Andalusia’s population is in a situation of social exclusion, reaching the level of severe social exclusion in half of the cases.

The economic crisis, heightened by the effects of the pandemic and with even more negative perspectives from the burst of the war in Ukraine, has generated “a shock in social cohesion, with even more impoverished families and working people that are still poor and suffer from lack of resources”.

It is because of this that the associations are working for people in need through the giving of food or clothes, housing management, support in different processes and the search of employment or in the defense of those who suffer, for example, the crisis of the electricity cuts that affect the north zone of the city of Granada.

More information about the II Charity Festival of the Faculty of Sciences of the University of Granada: 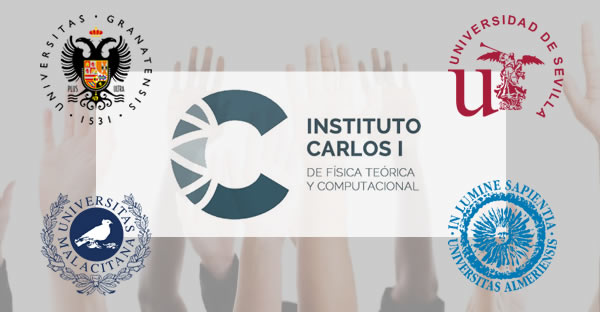